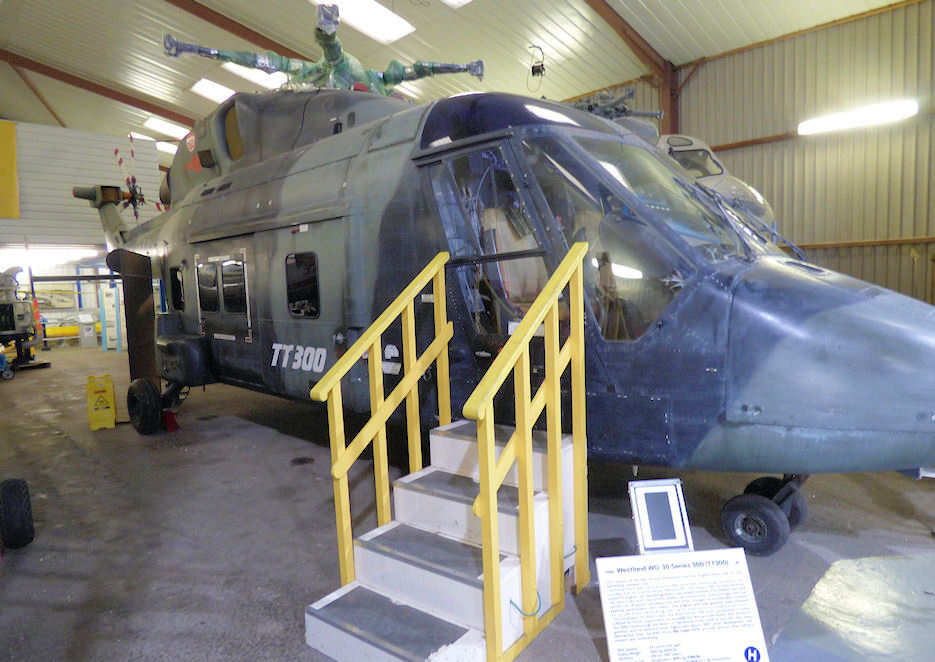 Note: This was the sole prototype series 300 designed for the battlefield transport role to succeed the Wessex and Puma. It did not enter production.

Details: The Series 300 version of the WG-30 was developed from the original Series 100 for the battlefield transport role. Development was launched in 1982 with £41 million government aid, initially with an interim Series 200 aircraft and then this prototype registered as G-HAUL.

The engines and main gearbox were mounted on a vibration-absorbing raft with elastomeric suspension units for reduced noise, and its maximum takeoff was increased with composite BERP rotor blades. A glass cockpit was proposed as an option.

This example (G-HAUL) was the only Series 300 built, proposed to meet a Royal Air Force requirement to succeed the Wessex and Puma, and shown at the 1986 Farnborough Air Show. It continued to be used to test the new main gearbox and for demonstration flights until March 1987, when development was abandoned after the RAF chose the larger EH101 instead, and no other interest was forthcoming.