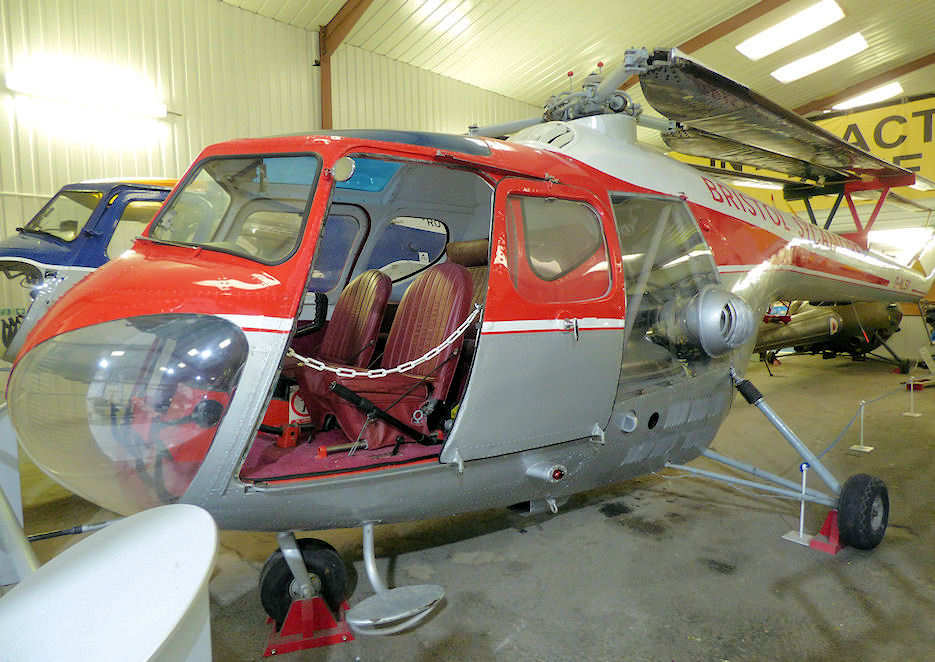 Note: The Bristol Sycamore was one of the world's first successful production helicopters. This one was used as a sales demonstrator, VIP transport and later privately owned in Africa before returning to the UK.

Details: The Type 171 Sycamore was the first all-British helicopter to receive a civil certificate of airworthiness and was developed at Filton, Bristol as a five-seat utility transport helicopter.

Efficient aerodynamics, including carefully shaped ply-wood rotor blades and a unique rotorhead 'spider' control assembly, gave the Sycamore a superior performance over its contemporaries. First flown in 1947 it was developed for both civil and military use, and178 were built before production ended at Weston-super-Mare in 1959.

This early example (G-ALSX) was built as a company sales demonstrator, appeared at the 1951 Paris Air Show and the Festival of Britain in London, and was often used to fly various VIPs into unusual venues as well as being used for trials work. In 1953 it was flown to the Netherlands for flood rescue relief and in 1957 carried out deck landing trials on the Canadian Navy aircraft carrier HMCS Magnificent.

In 1958 the aircraft was sold to a diamond mine owner in Tanganyika (now Tanzania), but returned to the UK in 1959 and was based at the Bristol Helicopter Division here at Weston-super-Mare until 1969.