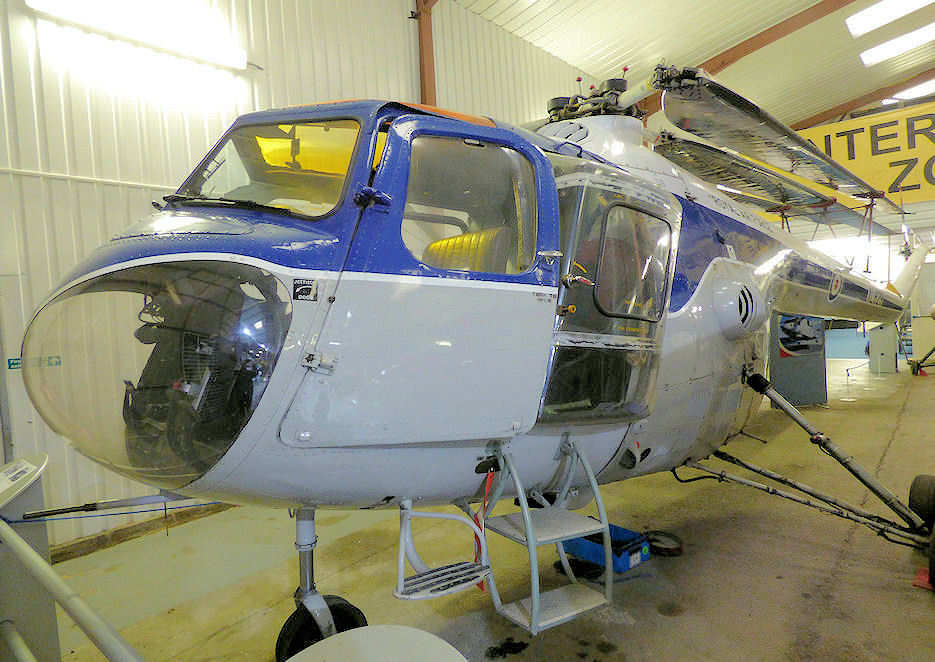 Note: One of 82 Sycamores made here at Weston-super-Mare by the Bristol Helicopter Division under designer Raoul Hafner. This one was the last to be delivered to the RAF.

Details: The Sycamore was the first all-British helicopter to receive a Certificate of Airworthiness, in 1949. Early versions entered limited service with the Royal Air Force, Royal Australian Navy and British European Airways from 1952 onwards.

Production of the new variant began at Filton, Bristol in 1953, but was transferred to Weston-s-Mare in 1956 following the relocation there of the Bristol Helicopter Division. 178 Sycamores were built in total before production was phased out in 1958.

Built in Weston-super-Mare in 1957, XL829, c/n 13447 was the last Sycamore to be delivered to the Royal Air Force and one of the last to be withdrawn from service. It was flown, in a support role, with the SAS, at El Adem, in Libya, from December 1958 and then served with the Khormaksar Search and Rescue Flight, in Aden, until March 1964, when the Flight's four Sycamores were replaced by Whirlwind HAR.10s. In April 1964 XL829 returned to the UK aboard the commando carrier HMS Albion.

On 20th June 1966 XL829 began a new career with the RAF Metropolitan Communications Flight. Retaining the original ambulance blisters but with the rear utility fold-up canvas seating replaced by a purpose-built leather bench seat and chrome access steps added, it was based at Northolt for VIP duties. Subsequently it was the last Sycamore to be retired from the Royal Air Force, making its last flight to Bristol Airport on delivery to Bristol Industrial Museum on 10th December 1971. Ownership was transferred to The Helicopter Museum in October 2007, when the aircraft returned to its birthplace at Weston-super-Mare.