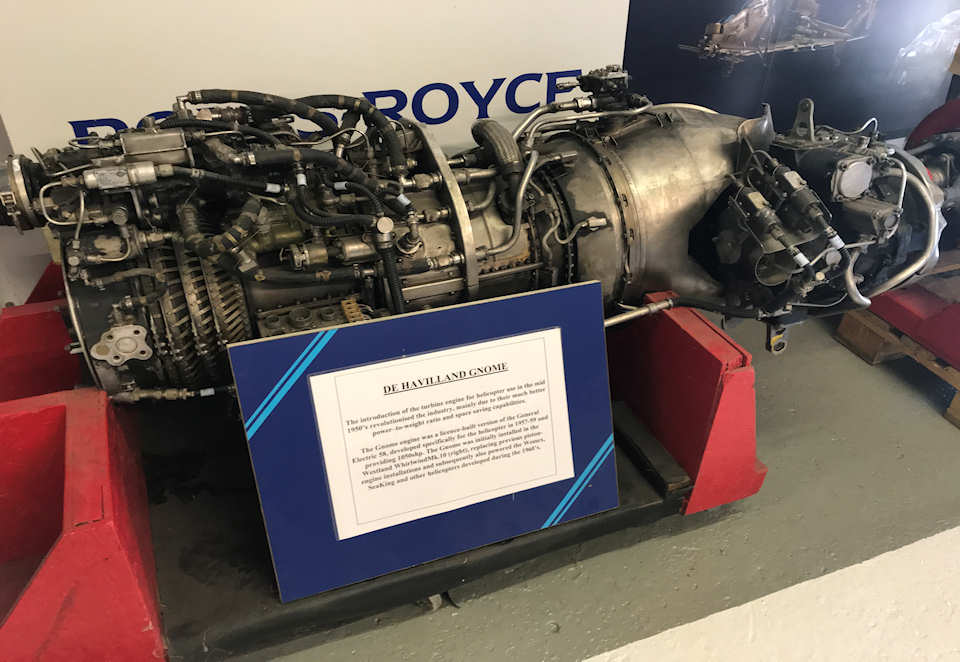 Details: The introduction of the turbine engine for helicopter use in the mid 1950's revolutionised the industry, mainly due to their much better power-to-weight ratio and space saving capabilities. The Gnome turboshaft engine was developed by the de Havilland Engine Company as a licence-built General Electric T58 design. Bristol Siddeley absorbed de Havilland Engines in 1961 and then Bristol Siddeley became part of Rolls Royce in 1968. The Gnome has a two-stage compressor turbine, and one-stage free power turbine. The combustor is annular. The Gnome differed from the T-58 in having a British developed Lucas fuel control system.

Examples of Westland Whirlwind and Wessex helicopters can be seen here in The Helicopter Museum. 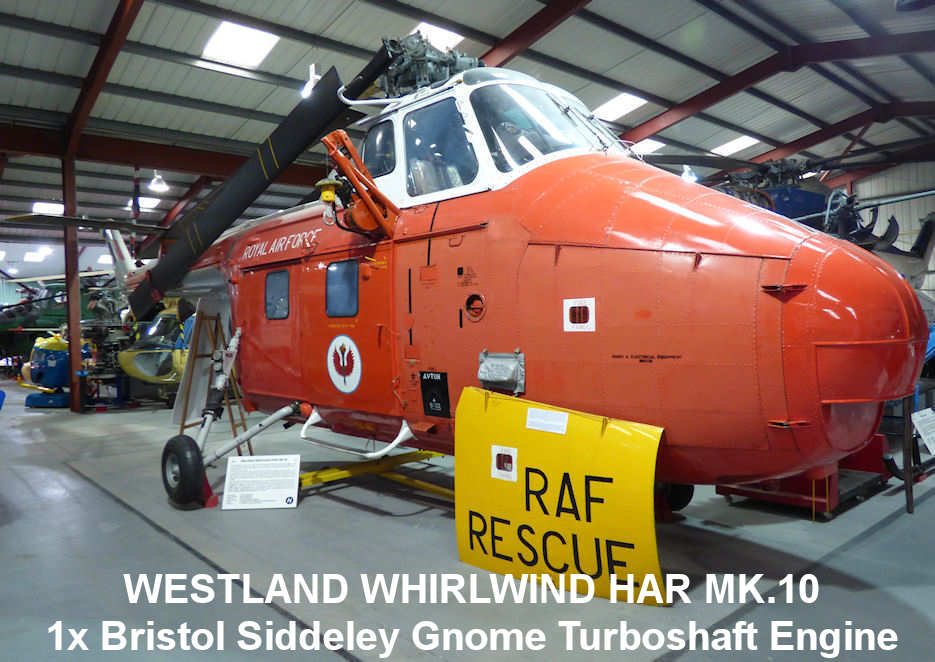 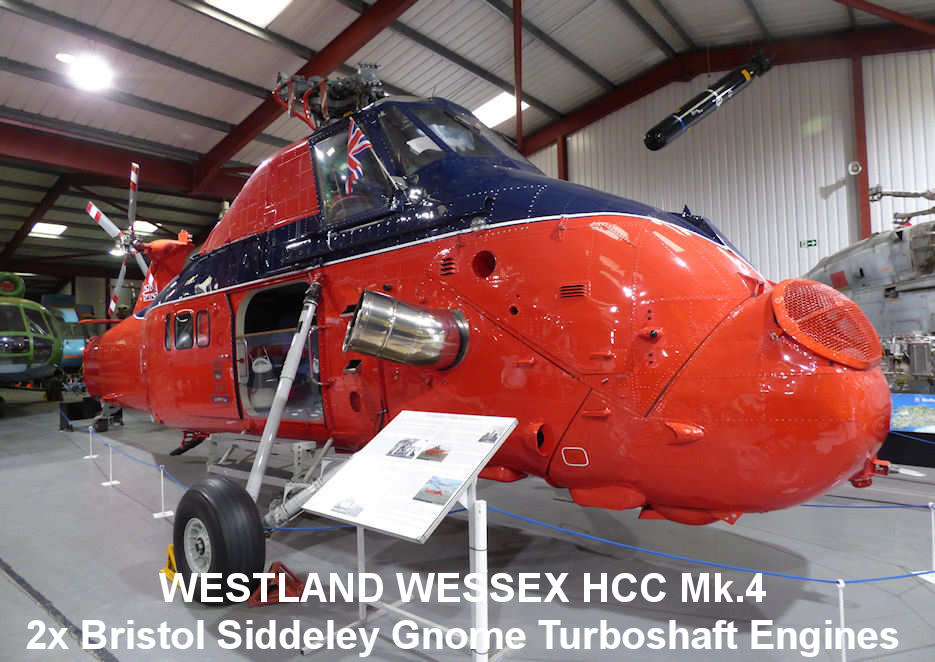