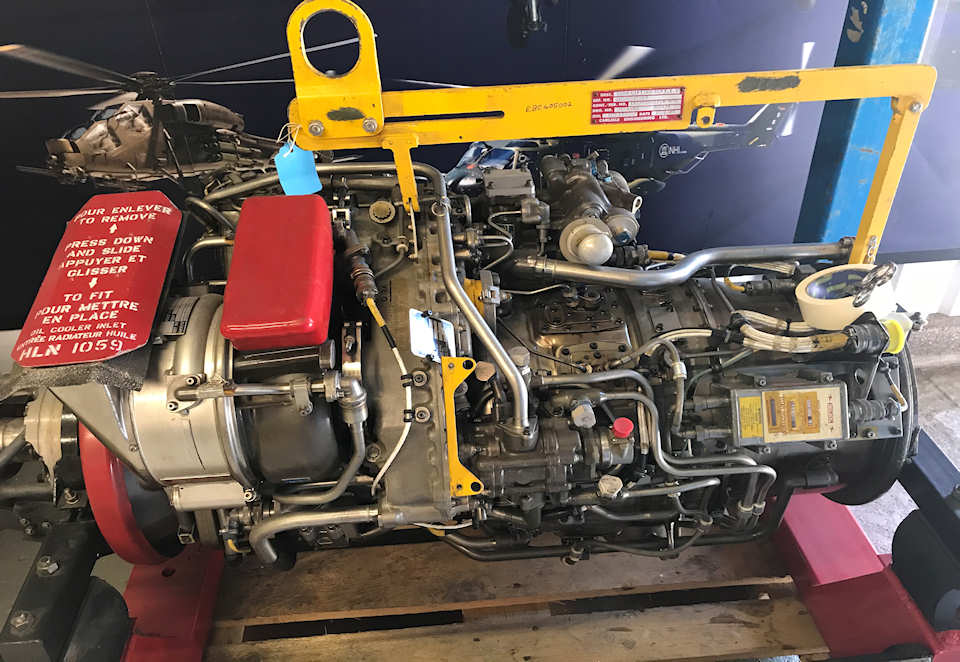 Details: The Rolls-Royce Gem is a turboshaft engine that was developed specifically for the Westland Lynx helicopter. The design started off at de Havilland and was passed to Bristol Siddeley as the BS.360. When Rolls-Royce bought out Bristol in 1966, the engine became the Gem RR.360. Gem production was stated in 1970.

The Gem's three-shaft engine configuration is rather unusual for turboshaft/turboprop engines. Basic arrangement is a four-stage axial LP (Low Pressure) compressor, driven by a single stage LP turbine, supercharging a centrifugal HP (High Pressure) compressor, driven by a single stage HP turbine. Power is delivered to the load via a third shaft, connected to a two-stage free (power) turbine. A reverse flow combustor is featured

Over 450 Wesltand Lynx Helicopters have been produced since 1972 for operators including the French, German, Netherlands, Danish and Royal Navy and the British Army. Each Lynx has two Gem engines. Versions have been developed from the initial 900 shp Gem I to the 1,100 shp Gem 40. The development Lynx-3 and the G-Lynx World speed record holder were fitted with two 1,260 shp Gem 60s. The Westland WG-30 series of helicopters were powered with two 1,135 shp Gem 41-1 engines.

Several examples of Westland Lynx helicopters including the G-Lynx World speed record holder can be seen here in The Helicopter Museum. 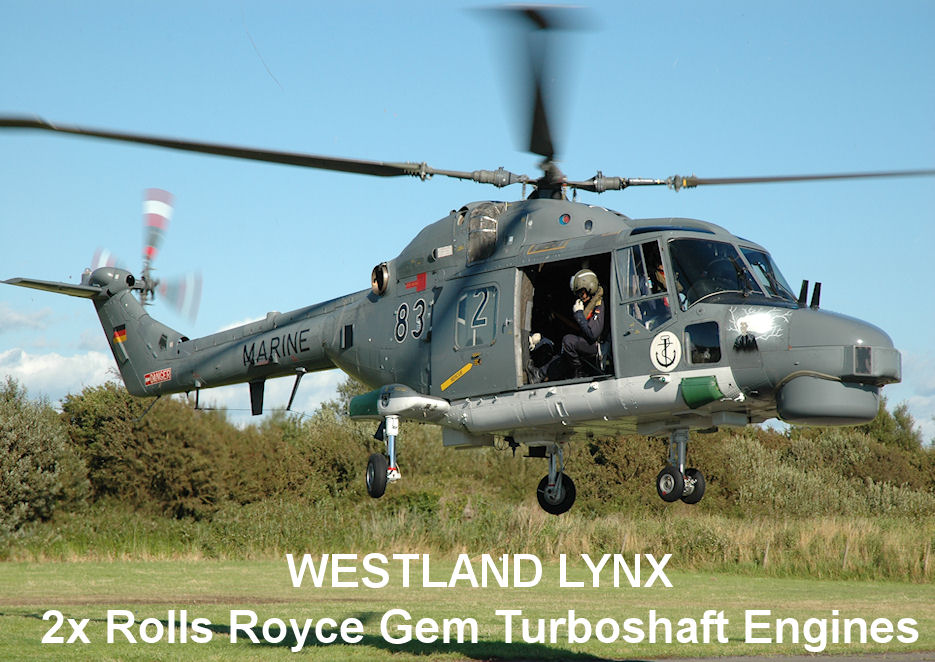 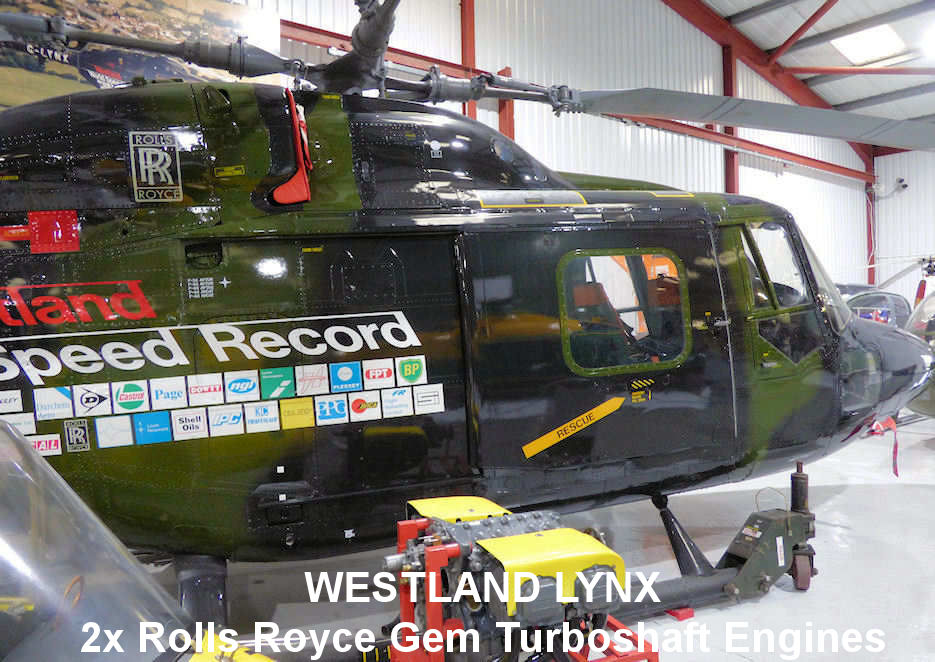