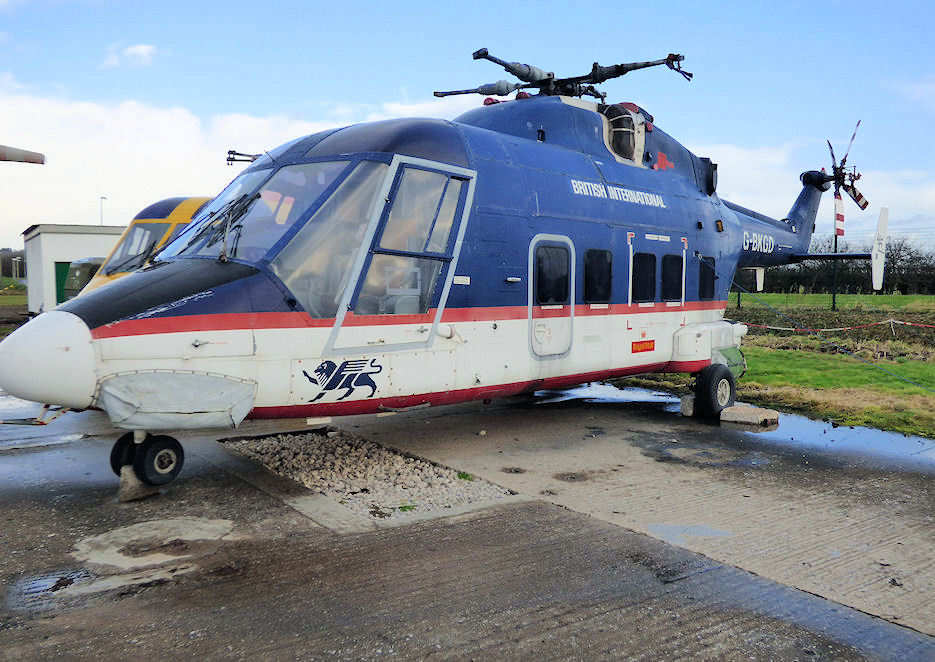 Note: Delivered to British Airways Helicopters for trials and operated in the North Sea for offshore oil and gas rig support and by British International Helicopters on the Penzance / Scilly Isles ferry service. On display outside the Helicopter Museum building..

Details: The WG-30 marked a concerted effort by Westland to enter the civil helicopter market, using the engines and rotor system of the Lynx to save development costs, married to a new boxy fuselage able to carry 17-20 passengers.

G-BKGD was the second WG-30 prototype, built at Yeovil and delivered to British Airways Helicopters (BAH) in October 1982. It was initially based at North Denes near Great Yamouth to service the gas drilling industry in the southern North Sea. It subsequently spent three years on the Penzance/Scilly Islands scheduled passenger service before being finally withdrawn from use in April 1993.

On transfer to The Helicopter Museum in 1995, G-BKGD was intended for use as an engine running demonstrator but remained in storage until 2010 when it was loaned to City of Bristol College, who conducted engineering training for a number of major companies within the aircraft industry