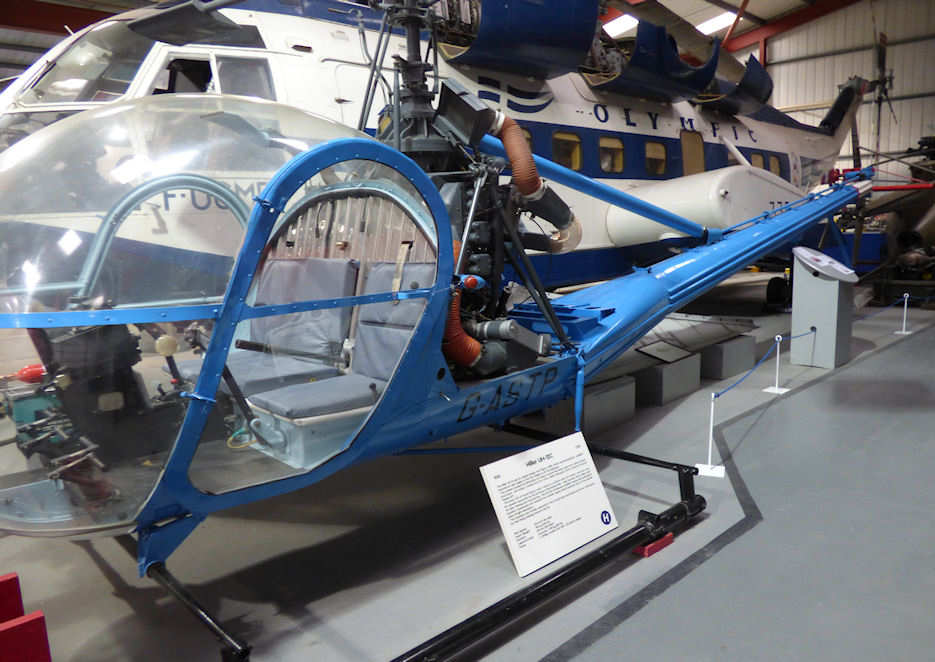 Note: This UH-12 was used by Bristow Helicopters for pilot training at Redhill and Middle Wallop..

Details: The Hiller UH-12 was an original design, first flown in 1948, which used aerodynamic 'paddles' mounted at right angles to the rotor blades to fly the helicopter. This system avoided the difficulties of trying to control the heavy main rotor without power assistance and made possible the first truly stable helicopter which could be hovered 'hands-off'.

The basic UH-12 found favour world-wide as a military and civil trainer, and was used for casualty evacuation by the US Army in the Korean War. Later versions were widely used for pilot training and crop dusting. The UH-12C introduced a bubble canopy and redesigned dynamic components, but retained the Franklin engine which powered most of the popular early US light helicopters.

This example was initially operated in the United States and was purchased by Bristow Helicopters in early 1964 for use, as an initial trainer, at their Flying Training Schools at Redhill and Middle Wallop in the UK. It was withdrawn from service in 1976 and acquired by The Helicopter Museum in 1990. Restoration started in 1997 and was completed in 2001.