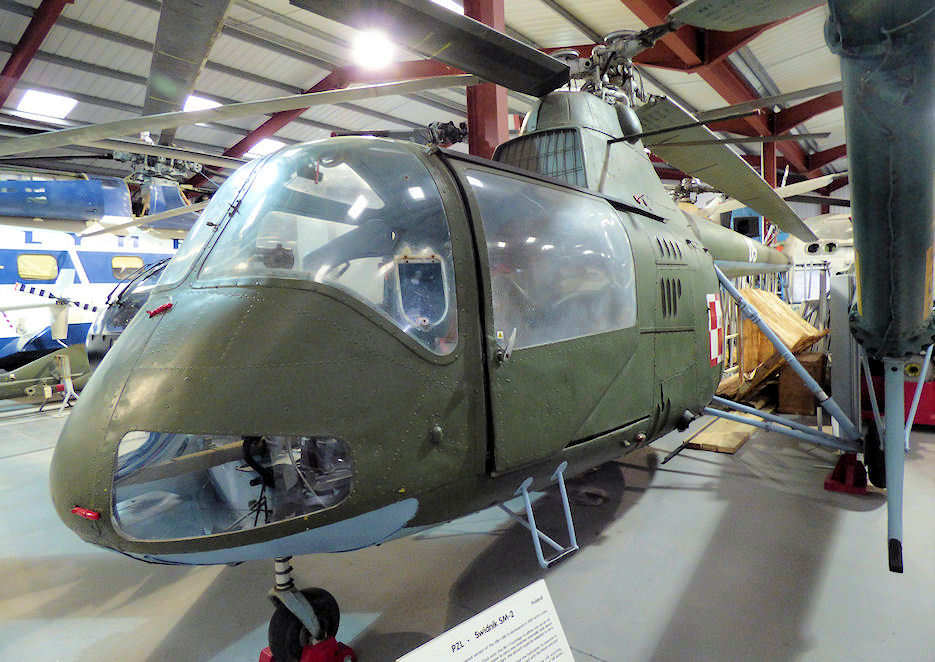 Note: Polish developed version of the Rusian Mi-1 Hare for air ambulance and passenger transport use.

Details: The SM-2 was a Polish-designed variant of the SM-l (Mi-1) developed in 1959 with a new front cabin.

This incorporated a nose door, grafted onto the Mi-1 fuselage to allow use as an air ambulance and similar transport roles. Conversion to carry one stretcher internally took about 20 minutes but, by adding external ambulance blisters the aircraft could be adapted to carry three stretcher patients.

Liquid de-icing for both rotors and the windscreen enabled the helicopter to operate in cold-weather conditions. The majority of the 95 aircraft built served with the Polish and East German military and civil authorities.

This example, the fifth production SM-2, is now one of only approx five still existing. It was based at Warsaw with the 36th Ind. Special Aviation Regt for government VIP duties from 1962. Most SM-Zs were retired by 1980.