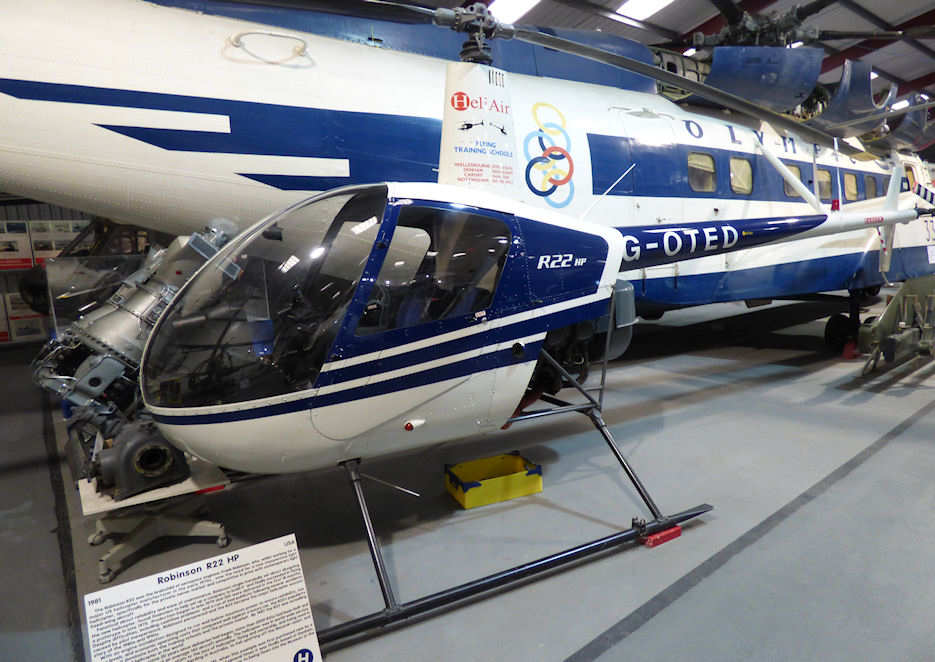 Details: The Robinson R22 was the brainchild of aerospace engineer Frank Robinson, who, whilst working for a major US helicopter manufacturer in the early 1970s, saw the need for a new inexpensive light helicopter, specifically for the private owner market and competitive in price with contemporary light fixed-wing aircraft.

Fanatical about reliability and ease of maintenance, Robinson single-handedly set about designing the new helicopter, found financiers to help set up a company to build it and finally succeeded in flying a prototype in late 1975. Production began in late 1979 and 100 were delivered in the first 18 months. Despite difficulties, including cashflow problems and a run of bad publicity following several accidents caused by pilot inexperience, Robinson persevered and the R22 became the major helicopter success story of the 1980s and 1990s.

With an engine installation designed to run well below maximum power to ensure reliability, low noise levels, and economic operating costs that compared well against a luxury car, the R22's popularity soon saw it dominate both the training schools and the private market. By 1987 the R22 was outselling every other civil helicopter in the world.

Robinson has delivered over 4620 R22 helicopters since certification in March 1979, and production continues at an average 140 aircraft annually. The helicopter was in world-wide service, introducing thousands of private pilots to the joys of helicopter flying and ownership, and being used in roles as far apart as sheep, and cattle herding in Australia, to fish spotting off the Mexican coast, and business commuting in the UK.

The R22HP (Higher Power) was introduced in 1981, when this example was first purchased new by a private owner for business and recreational use. Resold several times it was finally based at Denham, Middlesex for pilot training and private charter operations, prior to being flown into The Helicopter Museum at the beginning of 2002