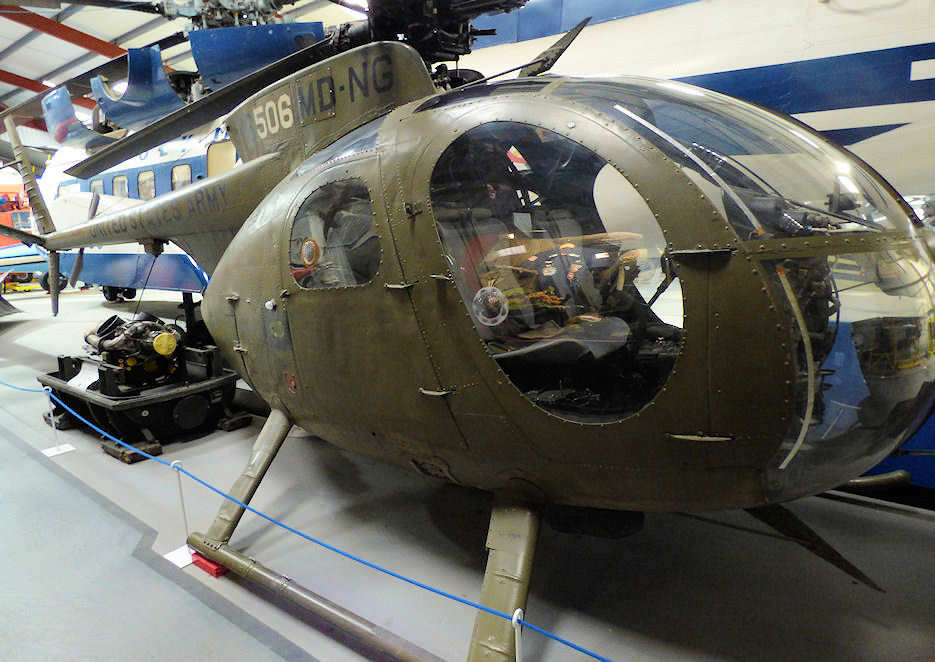 Note: The LOH OH-6A Cayuse was known as the 'Loach' by the US Army. This one served in the Vietnam War.

Details: Built by a company owned by eccentric billionaire Howard Hughes, the OH-6A was developed for a 1960 US Army Light Observation Helicopter (LOH) competition.

The design introduced several original ideas, including a simplified transmission with only two gear meshes, a one-piece tail rotor driveshaft, an egg-shaped cabin to minimise drag and improve survivability, and a small rotor diameter to permit landing in jungle clearings.

Despite opposition, Hughes eventually won the competition by adopting a controversial low pricing policy well below his rivals. In 1966 the type set 23 world records, including the longest non-stop helicopter flight, 3598 km (2236 miles) from California to Florida. During the Vietnam War of that period, where the helicopter was used mainly as a scout, it proved to be highly manoeuvrable, fast and adaptable, and it was here that the LOH title was popularly changed to 'Loach' by the crews, rather than using the official name of Cayuse. The latest versions still operate with the US Special Forces and as the M0500 Series in police and other civilian roles.