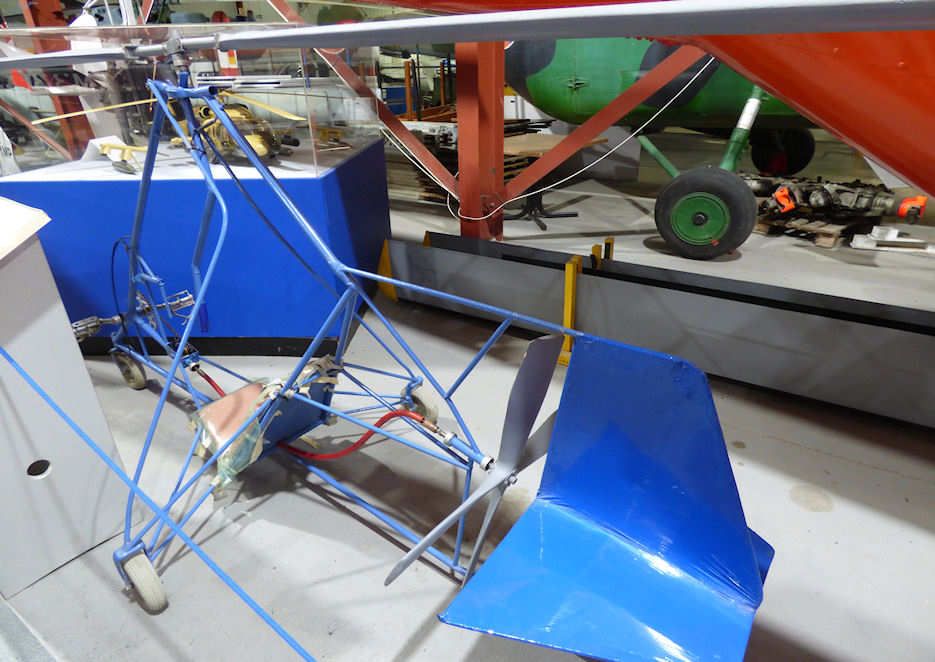 Details: The CG.4 was the third manpowered 'cyclo-gyroplane' built by Mr. Herbert Watkinson of Bexhill in his effort to win the $50,000 Kremer prize for man powered flight.

The first Cyclogyroplane, the CG.3/1, was built in 1961 and flew free in 1962. An improved version, the CG.3/3, flew 175 yards at RAF Tangmere in 1963 but could not be manoeuvered sufficiently. It was donated to the Shuttleworth Collection in 1970 but was subsequently damaged and scrapped. Watkinson began work on the CG.4 in 1976.

By March 1977 the CG.4 was nearing completion, and permission to carry out flight trials at Lydd Airport in Kent had been granted. Then came a major set back in 1977 when Mr. Watkinson was diagnosed as terminally ill and he died at Bexhill in October 1977.

The Kremer Prize was won by Paul MacCready's 'Gossamer Condor', piloted by Bryan Allen, in August 1977.

After going into storage Watkinson's unique machine, together with all the surviving documentation and photographs of the cyclo-gyroplane story, were donated to The Helicopter Museum for preservation as a tribute to one man's attempt to fly with the birds.